Catbug's Away Team is the seventh episode of season 2 of Bravest Warriors and the 18th episode overall.

Cartoon Hangover presents Bravest Warriors, "Catbug's Away Team". Catbug assembles an away team to save the day, while the Warriors handle things on deck.

The bravest warriors are called to Santee Major and discover that there is a concentrated pocket of Wankershim causing the Santeans to continuously be in agonizing bliss. Chris sends Catbug down to the planet to set up a dispersal array for the purposes of protecting the Santeans from Wankergy. Wallow the assigns Impossibear to help Catbug put together an away team.

Cat bug starts to set up the Wankergy Deflectors, but Robo Chris points out al the Santeans suffering from the Wankergy. Cat bug runs to help them individually, and the rest of the away team follows suit. Catbug and Slippy help one Santean buy a sugar cone from the other. The Santean proceeds to squash the sugar cone all over his face and body, with Catbug starting to be weirded out.

Impossibear complains about the mission and then takes off his helmet, which ends with him unprotected from Wankergy, and as his oxytocin and dopamine levels rise, he abandons the mission. The rest of the away team start shiouting and quarreling, but Catbug calms them down by having them clap if they believe. They proceed to help many different Santeans doing useless things like trying to herd titles into a pie shell.

Wallow tries to contact the away team, but only gets Impossibear. A blast of Wankergy the comes from the planet, ad the Wankergetic pressure has built up for too long, and had finally released in a massive wave of Wankergy. As a result of this, every planet in the Universe started revolving around Santee Major. Also, all the Santeans turned into a vapor and floated away. Chris and Wallow then realize giving Catbug and Impossibear responsibility for anything important was a mistake. 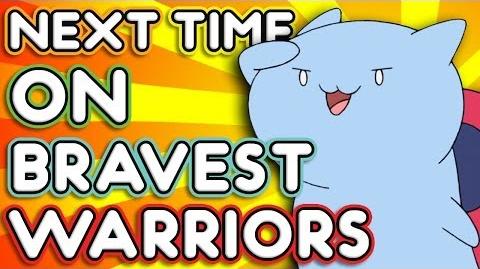 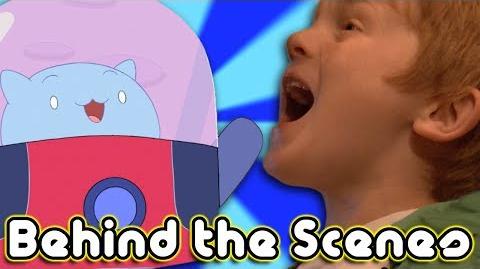 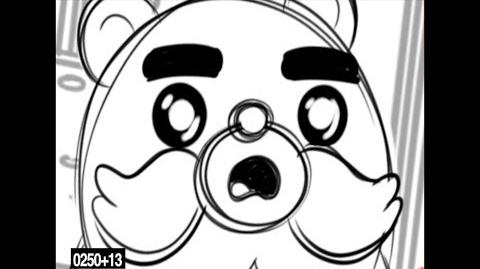 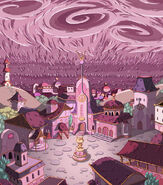