"Cereal Master" is the 9th episode in Season 1 of Bravest Warriors.

In the early morning hours Chris and Danny fly from the Bravest Warriors Invisible Hideout on a mission of the utmost importance... to buy cereal for Beth. Chris must comfort a Martian chef with daddy issues and return to his best friend for their jinx-iversary.

Chris and Danny are up before dawn to pick up cereal for Beth. It's Chris and Beth's 10-year anniversary of the first time she jinxed him and he wants to surprise her with breakfast in bed. By Martian rules, the loser cannot speak until he gets what the winner wants and Beth wanted a bowl of Moon-Frosted Double Dolphin Smacks .

Danny doubts that Beth will even remember, but Chris is convinced that she'll remember and it will be perfect. He says that his love for Beth goes beyond her being a beautiful girl. Danny starts to tease Chris about wanting to have sex with Beth, to which he denies. He says that she could be a walrus and he would still feel the same. Danny is not convinced. Chris asks for the Cereal Master to include Seahorse Dreams, but she said she doesn't make Dolphin Smax that way anymore. Chris insists that it MUST have Seahorse Dreams and the Cereal Master bursts into rage and implies Chris doesn't like her cooking, that she's not good enough, her father was right, and presses her face on the fryer.

Chris tries to cheer her up and says that he loves her cooking and the Cereal Master goes back to making the cereal. Chris tells Danny it's not the same without Seahorse Dreams, but if he corrects her again, she'll fry her face off. While the Cereal Master is putting the final touches on the cereal, Chris concentrates on the bottle of Seahorse Dreams. His eyes start to glow and the bottle begins to wobble. He makes the bottle tip over, spilling over the cereal. Danny is amazed and says he "Emotion Lorded those Seahorse Dreams." Chris says he was just thinking of Beth.

The Cereal Master sees that the Seahorse Dreams spilled over the cereal and thinks it's ruined. She attempts to smash the bowl on the ground, but Danny catches the bowl with a sticker-generated dog bubble. He gives it to Chris and tells him to run. The Cereal Master says he can't have it because it's garbage and worthless. Chris leaves payment on the counter and runs off. The Cereal Master chases him in fear he'll show her father and wants to destroy it before he does.

Chris phones Wallow, who is sleeping, for a quantaum door gate back home. Groggy, Wallow sends a portal to a random planet. Chris leaps through it with the Cereal Master right behind him. While being chased, he tries to reason with the her about her issues with her father and tells Wallow that he sent him to the wrong planet. Wallow sleepily sends another portal to a place called The Suffer Club. The Cereal Master says that she might go home and confront her father about her issues, which Chris supports and she runs off. Impossibear, fed up with Wallow picking the wrong destinations, wakes up and sends a portal for Chris into Beth's room.

Beth wakes up as Chris jumps through the portal. Chris presents the cereal and she is happy that he remembered their Jinx-iversary. Chris knew she would remember. Both start to say, "I just want to tell you--" and Beth cuts him off and jinxes him. She laughs and walks away with the cereal. 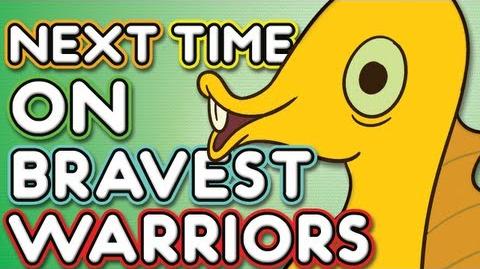 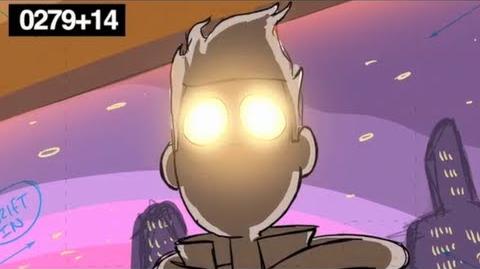 Beth as a Walrus 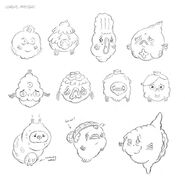 Chris as a kid.

The group together as children

"It's not the same without seahorse dreams"

"You can't have it's garbage....It's worthless"

"I'll destroy it before you show it to my daddy"

"Oh for CRYING OUT LOUD!"