"Dan Before Time" is the 8th episode in Season 1 of Bravest Warriors.

The hour has come at last! Danny has constructed a time machine so he can finally seek revenge on the Low-Gravity Hacker Lads who never let him join in any of their hacker games. He reveals the truth behind his dark, disgusting past, while the team learns that revenge is a meal best served cold... and kinda barfy.

Chris, Beth, and Wallow enter Danny's room while he dances in excitement. Chris asks if Danny finished his time machine and he replies that after working so long he has finished his time machine. Everyone suggests why he might use the time machine. Chris asks him to save people from a soup storm, Wallis suggests that he stop some Lizardboys from eating his expensive cheese (that turned them into Lizardboys), and Beth predicts he will use it to French kiss himself.

Danny, however, says he will first use it for the betterment of the past. He starts explaining that he used to live in the Martian badlands (aka New Miami) and a group of kids called "The Low Gravity Hacker Pack" continually bullied him. Wallow tries to say that they already know the whole story, but Danny uses his peruvian memory specks to project his memories of his childhood anyway.

Everyone teased Danny because his nipples always showed through his shirt (which even Beth and Wallow find funny) and he didn't understand because all he ever wore were hooded, skin-tight unitards.  Chris tries to convince him that they were just jealous and he had to work the summer to get one as cool as Danny's. Danny always wanted to be a hacker, but was never invited to be one. The leader, Hans Christian Teet-Phanters, hacked his father's garage door opener (which he stole) to make Danny throw up whenever he pushed the button. Hans ruined Danny's moments in his childhood like when he played his flute solo for the president, his first spiritual experience, when his grandmother got out of jail (in which he puked directly in her mouth), on a goat, on that goat's grandma, and many other places. But the worst of all the hackers destroyed Danny's first science project and made him puke with rhythm. The button apparently got stuck eventually when he had to be Santa for a Christmas play at a homeless shelter.

Danny plans to use the time machine to go back to the science fair, punting the hacker pack away, and advise his past self to buy sweaters. Wallow finds this funny, but Beth is horrified.

Chris is excited, but Beth glares at him. In his feelings for Beth, Chris then tries to be worried that Danny will mess up space and time somehow by changing the past.  Danny says if anything goes wrong, he'll go back in time to the current moment and destroy the time machine. Immediately after that a second time machine arrives with Danny and he uses a baseball bat to destroy the time machine. As Wallow leaves to feed the Lizardboys, the two Dannys talk for a bit before the second Danny ceases to exist and the episode ends. 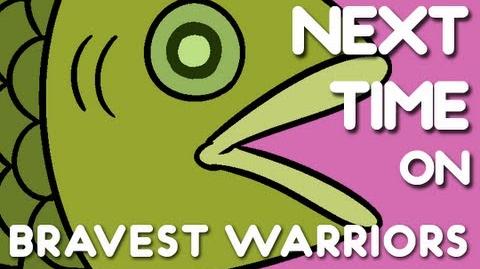 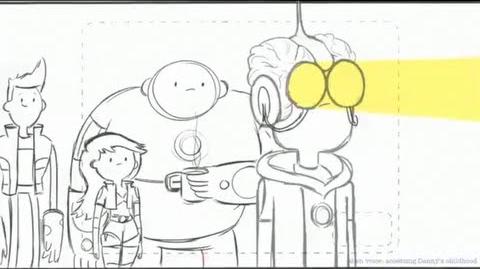 "Everyone teased me because, as you may remember, my nipples always showed through my shirt."

"I AM SO TOTALLY HACKING!"

"And I think the button got stuck when I was playing Santa at the homeless shelter."

"Peep this simulation I made."

"Buy yourself some sweaters."