"Emotion Lord" is the 2nd episode in Season 1 of Bravest Warriors. This episode has been viewed by over 4.1 million people.

Danny catches "Zgraxxis fever" and Wallow must perform surgery. Meanwhile, a mysterious old man appears, distracting everyone from the task at hand. Chris must contain his anger and save Danny, or else put all of his friends in mortal peril.

The episode begins with Wallow and Beth complaining about how bad their day was. Chris asks Danny how much damage the ship has taken, when he notices that Danny is staring blankly into space. He starts freaking out and smashes his body into various parts of the ship until finally passing out.

The scene changes to Chris, Beth, and Wallow standing over Danny trying to figure out why he was acting crazy. The Computer diagnosis him with Zgaxxis Fever, Wallow begins to prep for surgery while Chris & Beth talk about how everyone they encountered during the day was acting emotional and that Beth got a tail.

The computer tells them that Danny's major organs are failing and Wallow begins surgery, but the old man creates space chickens causing the room to become unsterile. Wallow resterlizes the room and begins to remove Danny's eyelids but the Emotion Lord distracts him with Space chickens and cashews.

Chris becomes furious and begins trying to insult and destroy the old man. He blows up a bomb causing an explosion on the ship. After the smoke clears the Emotion Lord claims that the reason he came here was to test if Chris was ready to be trained to gain powers.  He then wishes everything away and saves Danny's life. Chris ask if he is kidding and the Emotion Lord says "Of course I'm kidding! 500 chocolate puppies! Gotta blow!" and leaves on a mini scooter right after giving the 500 Chocolate Puppies. Danny says this is the best day of his life and the episode ends. 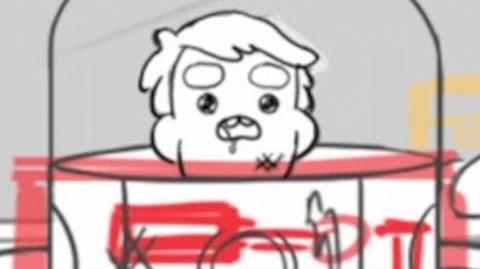 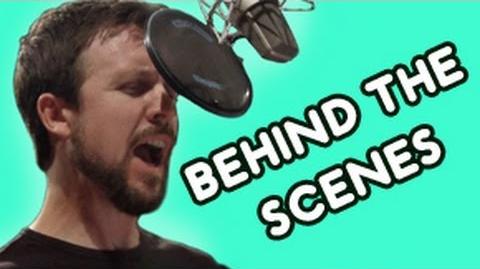