Jelly Kid Forever is the fifth episode of season 2 and the sixteenth episode overall.

The episode starts with Catbug playing with Himmel Mancheese while in the background Chris and Beth return home with the "Ever Guantlet", a device that grants immortality which was given to them as a prize for aiding King Congletard. Meanwhile, Catbug finds his way into Danny's room while chasing Himmel Mancheese, where he finds Jelly Kid resting. The door of the pod opens and Jelly Kid jumps out and as usual spawns bread, offering it to Catbug who looks at him with a curious, blank expression. Shortly after Danny walks into the room with a cookie for Jelly Kid, but drops the plate and screams, "Jelly Kid, NOOooo!!!" when he sees his decapitated friend on the floor.

While initially hopeful for his friend's recovery, eventually Danny descends into madness when Jelly Kid fails to revive himself, something he should be able to do according to his species information. After an intervention from the other Warriors, Danny agrees to have a funeral for Jelly Kid, sending him down a river in a leaf. As the Warriors disperse from the funeral they notice that none of their injuries from the pod crash have healed which leads them to discover that the Ever Gauntlet keeps them immortal by preserving their body's current state. They realize this is why Jelly Kid was unable to regenerate, and as they watch him float farther away from the Gauntlet they are overjoyed to see him come back to life. However, instead of returning to Danny he spawns bread and uses it as a sail for the leaf. He waves goodbye as the leaf disappears into the fog, leaving Danny to once again scream, "Jelly Kid, NOOooo!!!!!". There is a secret as well. If the viewer is to pause the thing when beth talks about the ever gauntlet and you slow it down and pause it you will see a weird alien creature. 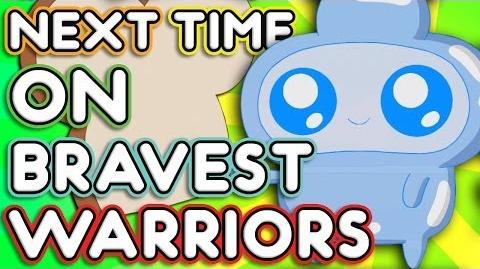 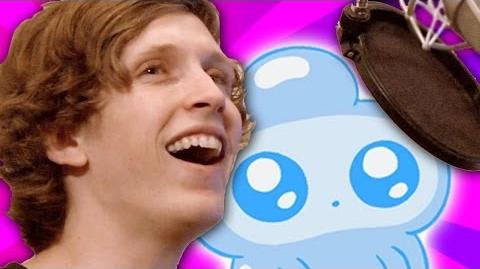 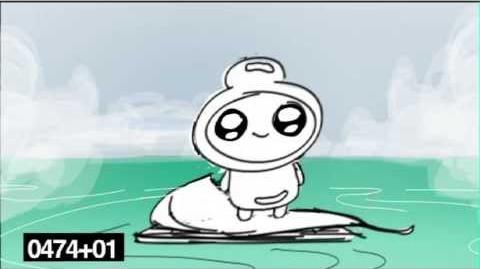 I'm gonna puke nobody touch me.