"Lavarinth" is the 6th episode in Season 1 of Bravest Warriors. This episode has been viewed by over 450,000 people.

In a shocking encounter, the Emotion Lord returns to help the Bravest Warriors in destroying the Firebugs' hive. That is, if he doesn't get them killed first. Chris learns about fate, the future, and the importance of vitamin B-12. Remeber to take your vitamins, kids!

The Bravest Warriors climb up the Firebug hive in their fire-proof Space Suits. The Emotion Lord meets up with them and offers to lead them to the top. On the way, the Emotion Lord admits he's Chris from the future even though Chris is in denial. They all make it to the top and are trapped inside, Beth scans the Emotion Lord and predicts he is most likely to be Chris from the future. The warriors travel further up the mountain to a tunnel where Firebugs aim at them, the Warriors dodge before the Firebugs open fire. Beth questions the Emotion Lord how he became the way he is.  He explains that he was the most powerful of all Emotion Lords and led them all for over a century, the story leads off to that when he was young he didn't get enough nutrience, B12, and resulted in baldness.

The Emotion Lord offers Chris a B12 vitamain, but Chris refuses and denies that he will become the Emotion Lord.  Chris also says that if the Emotion Lord is really him than he should help them with the advancing bug army.  The Emotion Lord says he can't change fate and Chris wants him to go away. The Emotion Lord remembers that Chris never wanted to grow up and will "help" the team by giving the bugs the ability to read their minds.  He steps into the open fire of the Firebugs and begins to float upward. His eyes start glowing and he starts being ripped apart by bullets. The Firebugs cease fire and can now read the Warriors' minds and sense an energy flowing between them. The Firebugs and the Warriors make peace and there is no longer a need to blow up their hive.  Also, the Warriors take back the two Firebugs back to their home through a portal. Back at the invisible hideout on Mars, Chris enters his room to see a capsule of B-12 on his bed. Chris doesn't notice that the Emotion Lord is behind him, and as Chris consumes the B-12, the Emotion Lord grows hair, much to his delight. 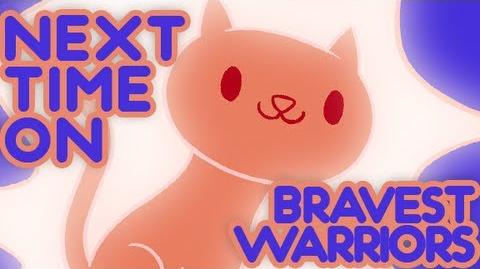 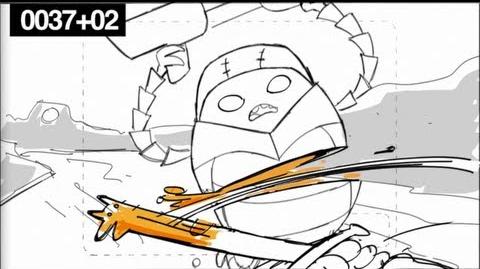