"Memory Donk" is the 4th episode in Season 1 of Bravest Warriors. This episode has been viewed by over 2.4 million people.

The Bravest Warriors have lost their memories and must pilot an out-of-control shuttle to save the civilians onboard.

The Bravest warriors are on a bus heading for the NeoMars Convention Center, but the warriors have no clear memory of each other. Chris introduces himself to Beth saying she looks familar. Chris recongnizes her as Beth even when she can't remember. Danny interrupts and introduces himself and Wallow.  Abruptly, the pilot announces that he can't remember how to drive and abandons ship. It becomes apparent that everyone on the bus has also lost their memory.

The bus drives toward Mars as Danny tries to pilot the bus. Beth discovers that when she rubs the sticker on her belt, a cat comes out, and Chris is beginning to realize everyone's identities, but only describes them vaguely stating Danny as "the cool one", Wallow as "the funny one" and Beth as "the girl" (but Beth needed to help him with that one). The bus hits one of Mars' buildings and is predicted to crash right into the Neo Mars Convention Center. One of the passangers, in panic, attempts to dig throught the bus, and Chris realizes that they are all on the bus to help.

Suddenly, an old lady passenger morphs into a monster and Beth remembers and identifies it as a Memory Donk, an alien creature who steals memories. The animals from their stickers turn into animal themed weapons and they all attempt to destroy the Memory Donk, but all quickly fail and are 5 seconds from crashing into the convention center. Since cats always land on their feet, Beth uses her sticker to create a giant Cat Bubble so the bus is not damaged on impact.

President Memory Donk returns Danny and Wallow's memories (first) as reward. Before recieving her memory, Beth kisses Chris thinking she is most likely his girlfriend. But after her memory is recieved she pulls Chris away and says that he is her best friend, just her friend. The Ballerina Man dances in front of the audience and the episode comes to a close. 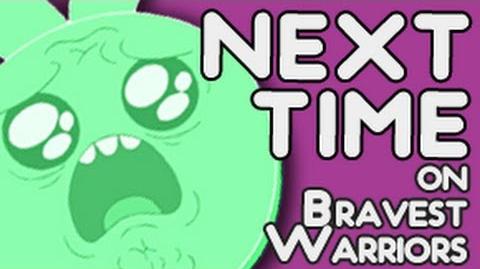 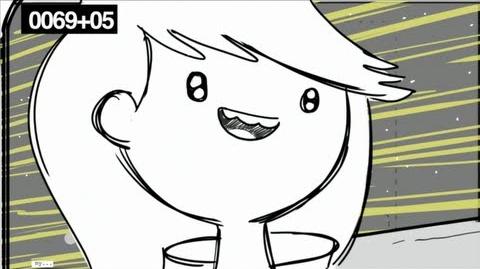 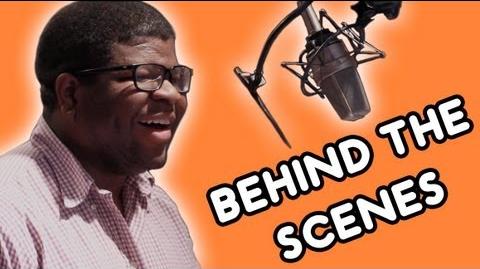