Cartoon Hangover presents Bravest Warriors, "Merewif Tag" Chris and Plum play a little Merwif Tag and little does Chris know... it makes them trade bodies! Chris with clappy little pig hands and Plum with pointy yellow hair, this is an episode you don't want to miss!

The episode is set in Mirvahda, Plum's home world. It begins with Plum reading "On movie night, Chris & Beth share a life changing kiss" from a book.

We see Chris flying up to Plum's room in his bee suit. We see Plum's Teek Midgets, alien midgets who have sworn their lives to Plum, performing tasks in her room. They then clear the room as Plum needs "Privacy for this". Chris states he has until 6pm until he needs to meet Beth for movie night and the time on his wrist states 2:13pm. Plum says that "She thinks Chris and Beth will get married someday" but Chris is doubtful it will work out because of what the Emotion Lord told him in Ultra Wankershim. As he is saying this, Plum hands him a jar full of a glowing blue liquid, which he drinks. Plum tells Chris to focus on her and imagine what's inside her mind.

We see Chris looking through Plum's eyes and he realizes that they have swapped bodies. Chris jumps out of his chair starts to explore his new body. Plum states that it is the Mirr Vo ritual and that it is kind of like getting married, to Chris's horror. Plum starts laughing saying it is just Merewif Tag. They both continue to explore each others bodies, asking things like why are there so many quauters in your pants or why are your legs so dry. Chris jumps into Plum's bed, a small swimming pool, and remembers that Plum has a fish tail. Plum then starts to pee out of the window, saying it is something she has always wanted to do.

They both run around town, exploring what they can now do as the oppisite sex; Chris gets attention from guys and holds lots of babies while Plum starts fights with people and swings from branches. We then see both of them back in Plum's bedroom and Plum throws off Chris's gloves as they make his arms sweating; as she throws them off we see the time reads 5:57pm. Plum then activates Chris's heat-sensetive sticker and a Lynch Grub comes out, as the sticker has adapted to Plum's personality.

Mich, the leader of Plum's Teek Midgets, comes into her bedroom asking what is all the noise and sees that comeone else is inside of Plum's body. He then shouts "Foreine Entity!" and calls for him to be attacked. Chris and Plum run into a closet. Plum apoligies for making Chris miss movie night but Chris tells her not to worry, in a sad tone, as Beth misses it all the time and that she won't care. Chris then says "Can I try something weird?" and the two kiss. The two then switch bodies, due to the kiss, and we see that the time reads 6:38pm.

Later, we see Plum, looking upset, walking towards the book and the text changes from "On movie night, Chris & Beth share a life changing kiss" to "On movie night, Beth is alone. Chris & Plum share a life changing kiss." We can see that the book is being held by The Concierge from Ultra Wankershim and Plum says "Do we have to do it this way? Beth is my friend." The Concierge states that Plum's timeline has been damaged by a dangerous man and that there is still much to repair. He then dissapears through his door and Plum says "I know." 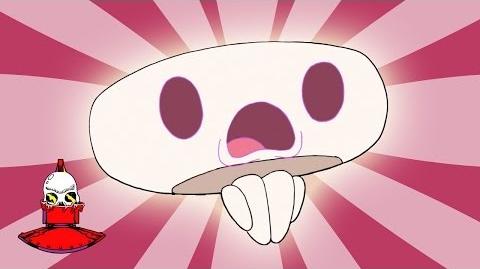 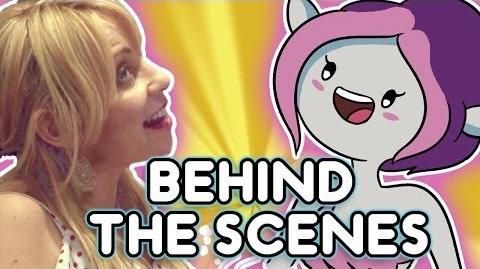 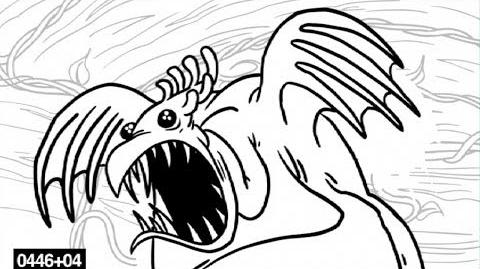 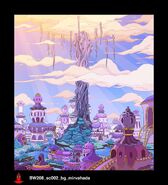 "So this is what it feels like to ride a girls bike."

"Learning is for women"

"I Punish These Hedges!"

"I wanna make your Bumblebee"