"Mexican Touchdown" is the third episode of season 2 of Bravest Warriors and the 14th episode overall.

Cartoon Hangover presents Bravest Warriors, "Mexican Touchdown" Plum is back and she's on a mission! Danny joins her to try and impress her. Go DOG-SWORD!

Chris, along with Beth and Catbug, is in the Rendezvous with a boxing/wrestling stage, as he is talking with Danny and Plum and ask they're okay at an Alien Pound, where many alien creatures who are left alone are sent. Danny is carrying an egg-shaped creature all wrapped up as he and Plum can hear someone and they an chase an alien carrying a key. During chase, Plum questions Danny if he can call Wallow for a Door Gate as Beth and Chris are waiting. Danny says that they won't do it until the creatures are released. They gone into a fan outside with as they continue to chase him while Plum tells Danny that the Pound might be overrun with vermin, however, Danny tells a legend that an alien overlord devours the aliens that are in the Pound.

An echo was heard and Danny hands over the creature to Plum as he uses his dog as a zip-line. They landed just before the creature with the key comes in and goes into some room and falls into a hole. Danny and Plum continue to chase them and Danny pulls out Dog Sword by the time he sees him. Danny and Plum gets blocked by steam although Plum tells Danny that he already saved his "weird little friend" but he tells Plum that she never witness the Bravest Warriors "in action" which can also can be freeing the aliens they can find. Plum tells Danny that it's impossible but Danny tells the opposite which can be done through love. He then blocks a burning steam vent and Plum passes by it, claiming it's "unnecessary".

They later run over the halls as they chase that creature, but they eventually had to go over a room filled with dead alien bodies. Danny tries to see whats under the dead aliens as Plum begins to talk with Beth, which she missed a call with her. Beth tells Plum that she been waiting for her and Danny forever and she told her that she noticed torches. Catbug interrupts Beth's conversation as he tells Plum that Beth and Chris found a luau, and Catbug also said that he'll give them special hats, necklaces made out of flowers, and pretty grass skirts along with them. However, Beth tells Plum that Wallow can't help until they leave the Pound, however, Catbug tells Plum that they're cooking up a big monster. Beth urged Plum to get out of the Pound which it may go into a lockdown as Catbug tells Plum that there's a large pineapple on a jacuzzi.

Plum ends her call and tells Danny that they must leave before they're trapped. The creature passes through some trap, and Danny uses his dog as a laser gun to stop him. He tells Danny that he doesn't have medical benefits, but Plum stops Danny because there's a hall full of booby traps. Danny going into it and had his foot pressed on many buttons which makes him very injured. Plum questions Danny if he's okay but he says he's a man, and after going into that hall, he walks slowly, having his cheeks blustered, getting a black eye and numerous amounts of injuries. He asks the creature to give him the key but he goes away. Danny crawls and Plum goes into some room fulled with a number of aliens crying with tears being sucked away into a straw, where a Tear-sucker drinks it. The creature, with the key, hands it over, and then crying into a cell. When it went inside the cell, it threw a huge tantrum and broke the screen and the episode ends with a sentimental "THE END" card. But then, the card abruptly said, "JUST KIDDING".

Meanwhile at the Space Whale, Wallow then teleported Chris, Danny, Beth, Plum, and another creature back into the spaceship. Plum talks about what happened while they were in the Pound, claiming that Danny defeated the "Tear-Sucker" using the "Mexican Touchdown". While Catbug plays the Ukulele, Plum also tells them that Danny also destroyed the key, and freed all of the capture creatures. Catbug continues playing along as he was singing with the word "Mexican Touchdown", as Chris tells Danny that he also saved his little friend, Jelly Kid. Jelly Kid gives Danny a loaf a bread as Catbug continues to sing and play with the Ukulele. And then, the episode ended with, "THE END FOR REALSIES". 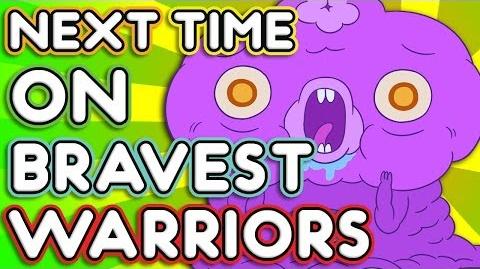 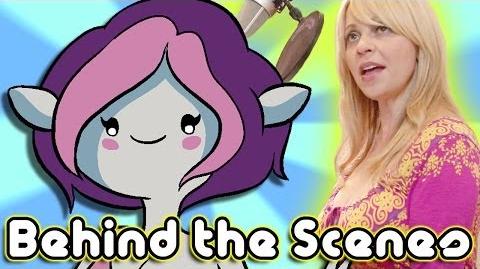 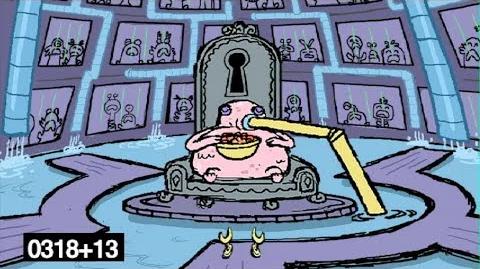 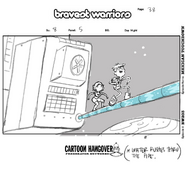 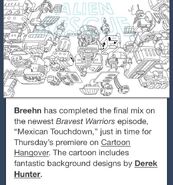 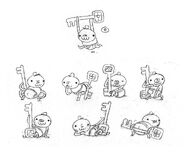 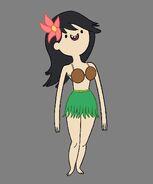 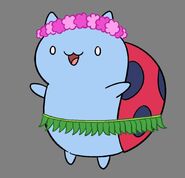