"RoboChris" is the second episode of season 2 of Bravest Warriors, and the 13th episode overall.

In this episode, Danny gets a new #1 pal and it just so happens that he looks exactly like Chris. Does this create jealousy between the bathroom bros? Find out in... RoboChris!

Danny is shown working in his room on what appears to be a sort of robot. He proceeds to ask simple questions to the robot to work out bugs in the system. It finally responds correctly to Danny's question, by saying his birthday was yesterday. Danny lifts up the robot and announces to Beth and Wallow that the robot is RoboChris, a robot form of Chris.

Chris questions what's happening and Danny explains that he's making a robotic duplicate of him but he's laser-proof, fire-proof, have better advances than Chris himself, and also have an 900% increase on it's dance skills. Chris think's it's awesome, however, Wallow questions if RoboChris is "Insulted", in which he is. Beth thinks that RoboChris is evil but Chris thinks it's great as it can help with the missions they'll face, program him to make an axe that Chris wants and also, dull out twice the "deep-meaningful" hugs. RoboChris also gives enough hugs that Danny wants as well.

Danny reminds Chris not to damage or destroy RoboChris although Beth claims she will. Chris claims that the invention is perfect, RoboChris wants to murder Chris, and eventually, Danny has to fix RoboChris's mood drive. After that, Danny and Chris were completing a crossword puzzle. Chris comes in with a Bath Robe, and Danny tells him that RoboChris is good at doing Crossword Puzzles, which Chris thinks he's hand and they should make an Friendship Garden they had been dreaming about since their childhood. After that descustion, Danny takes RoboChris to the room where he made him to adjust him, while RoboChris would hit Chris with rocks until jealous although he is not jealous. Danny begins to raise the Friendship level to 5 and after that, RoboChris like to make Danny Smile.

Wallow, Beth, and Chris were working on the gauges, while Danny walks like if he's in a catwalk while wearing a shirt saying "#1 PAL" as RoboChris takes pictures of him catwalking. Danny say's he's not working because he's busy with RoboChris. He later returns back to work with the gauges as RoboChris massages Danny on his neck. RoboChris then touches his hands as he types as well, and tells RoboChris that he made a workstation just for him. He sends a message into the screne saying "Danny, your skin is very soft! LOL!", which Chris was about to say in a text message.

Danny, eventually, decides to friendship level to hyperdrive, and after that, he hugs Danny. During dinner, Wallow plays video games with Impossibear, Catbug, and the other pets, RoboChris draws faces on Danny while they (except Wallow) eat dinner. Danny shows what "real" friendship is Chris thinks it's a needy guy who climb over Danny. Chris says that friends have boundaries which might have a line that "cannot cross a line". However, Danny is comfortable with RoboChris, and Beth questions if he can help chew his food. Danny and Chris then argue on their jealous "jelly" and Danny's Birthday, which Chris forgot. He forgives Danny, and the fistpound which was seen by RoboChris, and later becomes possibly upset.

Durring the night, RoboChris goes to Danny's Room with a chair and a jukebox and dances along with the music. Danny wakes up noticing it and RoboChris questions Danny likes what he sees. Danny likes it, but RoboChris tells him that he doesn't like dancing alone. Danny says that the point where RoboChris wants something and Danny gives doesn't work and he won't allow RoboChris to sleep in his room. He instead leaves with the jukeboxes and goes to another room.

The next day, Danny wakes up and notices Beth, Chris, and Wallow going to another room where that was going to be a party. RoboChris dances and Danny notices it and says waves hi. However, RoboChris punches him in the groin and the door closes, ending the episode. 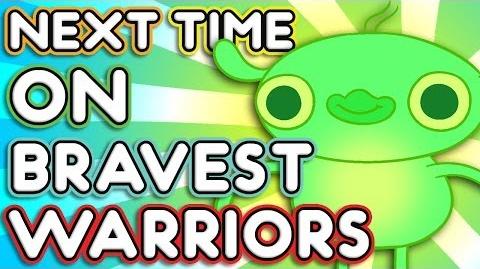 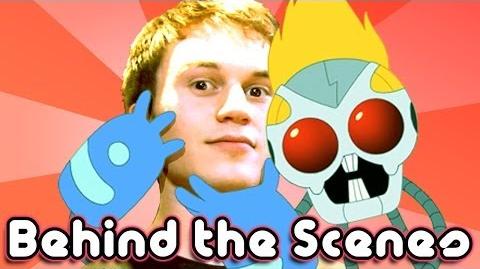 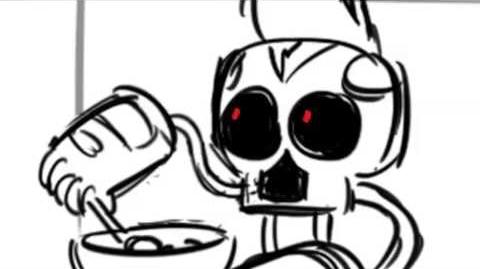