Season of the Mitch

Season of the Mitch is the twelfth and final episode of season 2 and the 23rd episode overall.

Beth, Danny, and Wallow face off against Ralph Waldo Pickle Chips and the Aeon Worm.

The episode starts out with the view of smoke rising from the Dimension Garden which was previously burned down by Beth. She, Danny, and Wallow go further into the dome, where they hear a dramatic chanting. Following where the sound came from, they find Beth's father and his hamster minions. Ralph Waldo Pickle Chips overrides Danny's and Wallow's sticker pet and has them tied up using their own holo-animal. The hamsters carry them away.

Beth's father then says he will summon the Aeon Worm through his heat-sensitive sticker, which has adapted to his altered psyche. The hamsters are joined by Mitch. Then, Pickle Chips summons The Worm, and it claims that only Beth can bear its children and bring about the apocalypse. As The Worm impregnates Beth, hamster Mitch realizes that his ways are wrong and the Paralyzed Horse timely possesses him. He rubs Pickle Chips' sticker, sending the Aeon Worm away. Mitch/Horse and Pickle Chips have a small fight over the sticker, while Beth regains her sane state and fires holo-cats at her father. Pickle Chips stops them from targeting at him, then proceeds to use one of Beth's cats to get rid of Mitch/Horse. Pickle Chips summons the Aeon Worm once more. This time it levitates Beth in mid-air as she desperately wonders "where the hell [is Chris]".

Meanwhile, Danny and Wallow are being held captive and guarded by several hamsters. Wallow's attempts at contacting Chris are all in vain. Danny, outraged at the sight of Beth by the wicked Aeon Worm, breaks free from his holo-dog by encouraging it to chase Beth's cat. Danny fights off the hamster guards, then uses his stick to knock Pickle Chip's over, cracking his brain dome. Pickle Chips' sticker starts to glow, but Beth rips the belt from his waist before he is able to summon the Aeon Worm again. Beth then throws the belt in the air, and Wallow destroys it with his holo-falcon. Hamster Mitch then awakens, and is named the savior of the hamsters. The Warriors reunite in a group hug as the disembodied voice of Paralyzed Horse announces that Beth becomes the leader of the Bravest Warriors.

The scene shifts to the See-Through Zone, where Paralyzed Horse (in his own armor-clad form) declares that the season of The Worm is over, concluding the episode as well as the second season of the series. 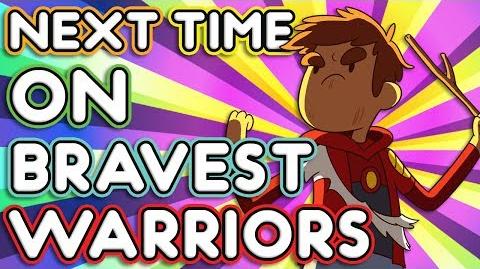 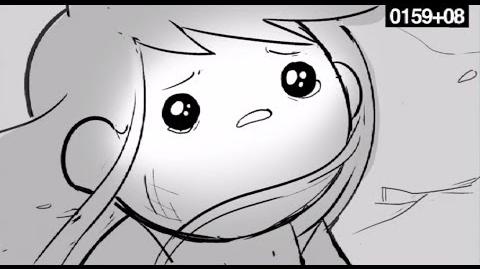 Season of the Mitch Animatic - Season 2 Ep. 12 of Bravest Warriors on CartoonHangover2
Animatic 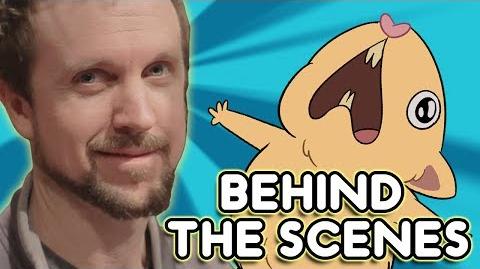