The episode takes place ten years before the events of the main storyline. It starts out with Wallow putting a piece of pizza into a stuffed animal, then exclaiming "The liver transplant was a success." He then puts  Mr. Crumplebuns (the stuffed animal) in a machine and tells him not to unplug it or he will die.

Beth and Chris are having fun with a grub, seeing what items it will eat. Wallo tells them about the potential dangers of keeping it in the invisible hideout. Beth says that Danny looked the same, which Danny responds to with "Grade A zinger, friends". Beth claims that Wallo dislikes it just because it's alive, and Wallo recoils when Beth thrusts it towards him. Beth and Danny chant "Wallo's scared" but Chris pacifies them.

Beth's father, who is in charge of the four while their parents are at a team-building exercise, tells them to get their jammies on. He then sends danny back to the badlands. Beth settle the grub in her room, with a space helmet to asto-barf into, then goes to movie night with Chris.

When Wallo goes back to his quarters after tea with Wankershim he stumbles on the grub, and takes him to his room. The computer doesn't know the grubs identity or molecular composition. He asks his dolls for opinions, and determines that no one loves the grub. He decides to drain the grub's fluids, but then decides against it. He tries to convince it to take medicine by having Princess Dysentery take it, but she refuses. the grub takes it to show the princess that it isn't bad. The grub then barfs large amounts, and Wallo has to unplug Mr. Crumplebuns to plug the dillpickle-ator (a defibrilator) in. He then shocks the grub, and it starts breathing again. He is happy that he finally helped something that is alive

He goes to sleep with it, and when he wakes up, there is a cacoon in the middle of his room, and lots of sticky webs throughout the room. Beth and Chris rush in, and attack it with a sword and a flamethrower, to little effect. The cacoon start whiring, and Catbug stepsout of it before exclaiming "I need a bath, some yogurt, and a place to go doodie" The team then jumps about and shouts excitedly.

The episode ends with Beth's father wandering his dimension garden, and finding a plant that looks like a miniature Aeon Worm. 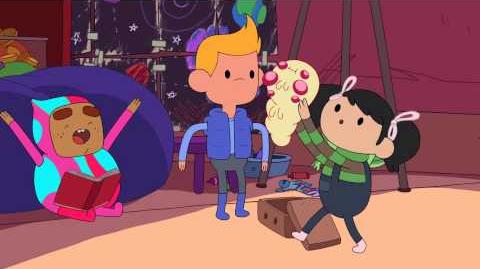 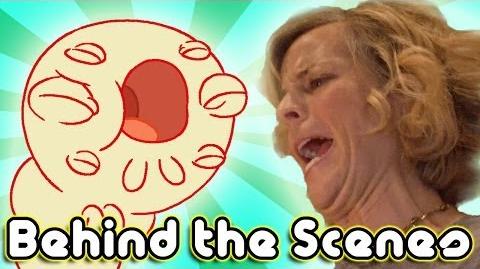 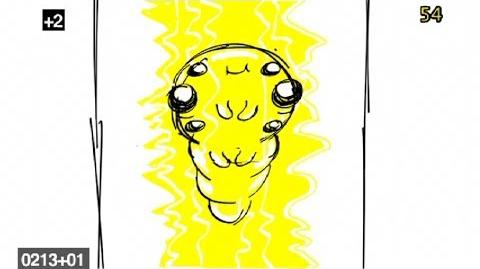 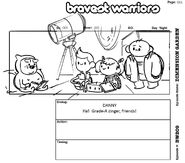