Cartoon Hangover presents Bravest Warriors, "Parasox Pub" Chris Kirkman comes into contact with Catbug who is now... the Emotion Lord?! What the dickens?!

The episode begins with Chris sleeping in his room, when he wakes to see Catbug writing on his wall. When Chris asks Catbug what he is doing, Catbug who is possessed by the Emotion Lord, grabs him and shouts "Save my soul."

Chris is then teleported to the Parasox Pub, a timeless prison for emotion lords, where he meets his 200 year old self: the one from the Lavarinth.

The Emotion Lord shows Chris his future versions. Starting with his 90 year old self, who is in his prime. Then another one who is in his butter skating phase, he shows Chris his medals, three for being lonely and one for being old. Older Emotion Lords include 700 year old Chris, who's brain is incapacitated to the point where he can only do "The Titty Twister", and his 3000 year old version who has bounced back and is in peak condition.

Chris then asks the 200 year old Emotion Lord about his future with Beth. The Emotion Lord tells him that there is no him and Beth.

The emotion lords and Chris then move to the kitchen. The Emotion Lord from the Dawning of Wankershim uses a pair of goggles to analyze a door that leads to the laundry room and explains that their fate was sealed when Chris started down the path of the "Zarpap." When Chris missed movie night by spending time with Plum, it sparked an unalterable chain of events that destroyed his entire future, which caused him to lose Beth and eventually his mind. The emotion lords also tell him that while they are unable to change their fate, Chris is an anomaly and has the potential to tear open the upholstery of space-time and get a do over with Beth. During this time the emotion lords continually place objects on Chris, dressing him up as Prince, putting a pair of glasses on him and giving him a fishing rod and a cake, which only turn out to be for a photo shoot.

Chris is ordered to kill Pudding Town, the law that prevents the emotion lords from messing with fate, during the Space Chicken Spectacular. This will allow for Chris to follow a different path that eventually will lead to true love with Beth. Pudding Town sits next to Chris, but because of Pudding Town's good nature and kind deposition, Chris doesn't have the will to kill him. Chris misses his opportunity and the emotion lords turn on him, saying there are no paths left, and that he'll be "old, alone, and bananas." One of them even shouts that "Danny will marry Beth."

Refusing to accept this, Chris decapitates the Wankershim emotion lord but he can't be killed without the the "Emotion Sword". Chris finds it by the bathroom and attempts to get to it, but all of the other emotion lords channel their their powers to try and restrain him. However, Chris uses his own powers to free himself. Grabbing the sword, Chris tears a hole in the upholstery of space time, revealing a new path.

The episode ends with all the emotion lords realizing that he has created a whole new path, and they all fall into a large yellow portal created by the hole in the upholstery of space time. 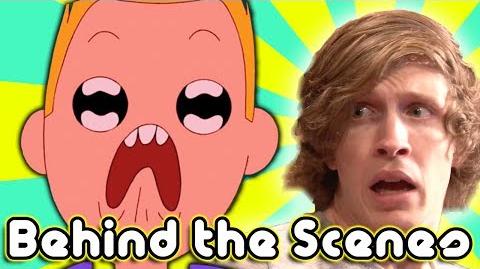 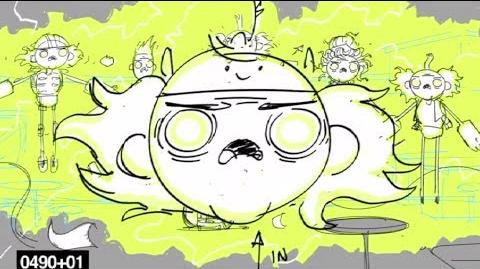 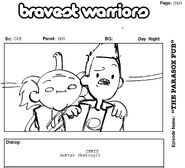