The Puppetyville Horror is an episode of Bravest Warriors. It is the sixth episode of season 2 and the seventeenth episode overall.

Cartoon Hangover presents Bravest Warriors, "The Puppetyville Horror". The horror... THE HORROR! The Warriors are stranded on a yellow planet and one by one they are... disappearing. Written by Invader Zim creator, Jhonen Vasquez, this episode is downright spooky. Featuring the guest voice talent of Dana Snyder (Master Shake from Aqua Teen Hunger Force) this is one episode you do not want to miss!

While on route to assist an alien race, the Bravest Warriors stop on a yellow moon that is orbiting a giant purple planet so Wallow can use the restroom due to a catastrophic toilet failure. After being warned not to eat the yellow snow (which he is already doing), Wallow heads out to pee on the surface of the moon. Danny leaves the ship so he can beat Wallow in being the first being to pee on the moon. Half an hour later, Chris and Beth are discussing how long it has been since Wallow and Danny left. Beth leaves the ship to find them and comes across Danny, who says he wants to show her something.

An hour later, Chris begins looking for them along with Impossibear. Chris comes across Beth, who begins acting strange and dancing seductively. When this doesn't work, Wallow comes out and begins dancing as well. As he is greeting Wallow, Impossibear is grabbed from below the snow and pulled over behind a rock behind Beth and Wallow by a green tentacle. He reappears on top of the rock and tries to convince Chris to join everyone. Danny then appears from under the snow, agreeing with Impossibear that Chris should join them. Chris notices something is coming at him under the show, which he shoots with his wrist blaster. A green strand comes out from under the snow, and it is revealed it is attached to a large creature with 6 eyes and multiple tentacles that is controlling everyone, making them say they are his friends. He states that he has been on the planet so long that his former “friends” have all died and decayed to the point of being skeletons. The creature grabs Chris, and Chris offers to take the creature away from the planet in exchange for letting everyone go. The creature is excited to go, stating that it will be great to have a whole new place to pee on, at which Wallow gags. Beth voices concerns about this plan to Chris, and he tells her that he doesn’t feel right just leaving the creature behind.

While packing decayed corpses into suitcases, the creature reveals that he was imprisoned on the moon due to “crimes against the universe.”  After closing the suitcases one of the corpses that he is controlling, who he calls Preston, asks if he is invited. The creature yells at Preston and flings his corpse around, yelling that Preston is not invited and that he hates Preston.  When he turns around, the Warriors have already boarded the ship and are leaving the planet. In the end scene, Preston (being held by a tentacle) comes up behind the creature and says that he will never leave him, and the creature has a tantrum, saying “This is all your fault!” 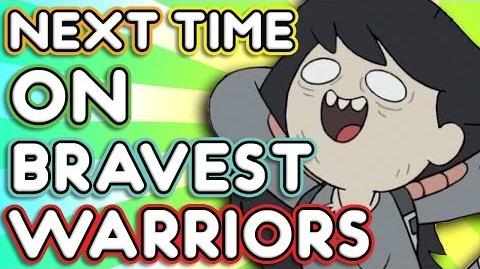 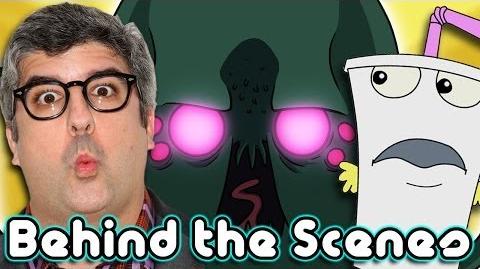 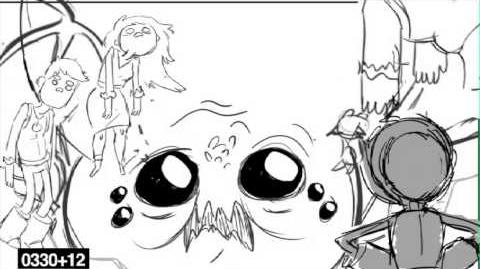