"Time Slime" is the first episode in Season 1 of Bravest Warriors. This episode has been viewed by over 7,000,000 people.

The Bravest Warriors are requested to thwart the madness of a time device that's gone haywire.

At the Bravest Warriors' home base; Chris, Danny, and Beth receive a Red Honk emergency call from Gayle, a supreme chancellor from the moon of Glendale. After meeting at the Glendale Time Station, Gayle reveals that she and Wallow had a romantic history together on Venus, much to Pixel's jealousy. Gayle introduces the Bravest Warriors to Professor Fartsparkles, who created the Fartsparkles Time Generator in order to keep the flow of time pumping properly. He claims that due to the generator having an artificial intelligence it has developed a case of the Fartsparkles effect, and thereby, it has become very moody.

Since the generator is malfunctioning, it has created a time loop, and infinite copies of Gayle and The Bravest Warriors. The group proceeds to the generator's core in an attempt to break the cycle, but they find out that the future copies of them had died trying. Now locked in with no chances of escaping, Gayle grieves over the future Wallow's death, saying how all her "moop" prevented her from happily being with him. The present Wallow claims he never stopped loving her, and the two of them kiss passionately.

Not too long after, the succeeding Bravest Warriors who were behind the current ones in the time loop arrive at the core, only to see the two sets of dead copies that are their predecessors on the ground. They all change their minds and refuse to fix the generator. Chris recommends "time clamps" as a solution and Wallow says he will call Gayle, which Pixel denies. 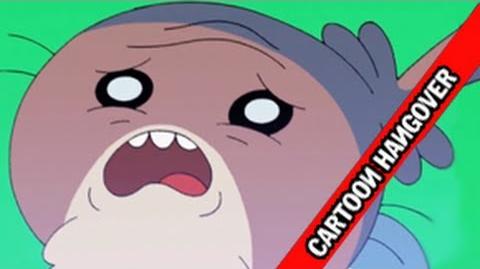 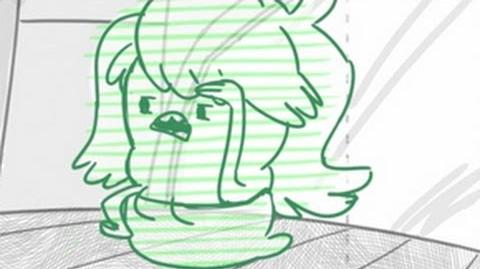 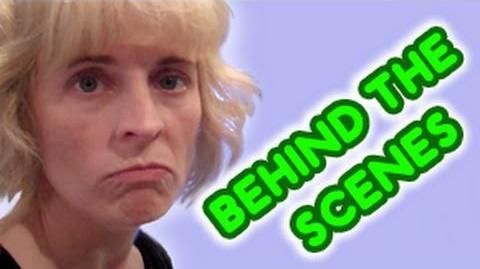 For see the original storyboard of this episode, click here.