"Ultra Wankershim" is the 10th episode of the first season of Bravest Warriors.

Breaking the laws of physics, Wankershim has left the Holo John and is now taking up residence in NeoMars Park... and he's growing at an exponential rate. Meanwhile, an old friend returns to share with Chris a vision of the future, and to tell the Bravest Warriors that it's ALWAYS been Wankershim.

Wankershim steps out of the Holo John while the warriors watch in amazement. Beth scans Wankershim and identifies that his molecules are stable; it didn't seem possible, but Wankershim has become an independent life-form.

On the news, a reporter announces that in the NeoMars Park Wankershim has become an tourist attraction and has grown 50 stories high already and still growing. Reporters interview Catbug at the scene asking "How do you think this will affect the Martian tourist industry?" only with Catbug to reply with:"He says he wants more carrots and bread crumbs." Wallow takes Catbug and says that he asked him not to feed Wankershim.

Emotion Lord comes flying in on Himmel Mancheese, a flying orange jellyfish creature, saying "It's always been Wankershim!". He says that Himmel Mancheese asked him to take him back in time for The Dawning of Wankershim. He goes over to kiss Chris, only for Chris to push him away in disgust.

Danny asks what's The Dawning of Wankershim,and the Emotion Lord explains that it is the day in history when the great prophet Wankershim absorbs the universe in his Wanker-being. It is the end of humanity and they all will become one with Wankershim. Beth wants to know how to stop the dawning but Emotion Lord says that giving Beth information of the future could create a Temporal Pair-o-Sox, which is far worse then a temporal paradox. Emotion Lord says he can't tell them the future but can help them solve their problems in the present and directs them to make an MV-12 assertive reactor and it will answer all their questions. Catbug takes the Emotion Lord's hand and Himmel Mancheese's and takes them to get soft tacos.

Chris questions if he can trust him and wonders why he is even here. Danny says to give him a chance since he knows things that Chris doesn't and nods suggestively. Wankershim growing bigger, Chris walks over to the Emotion Lord and asks a private question, while the rest of the team are building the MV-12 assertive reactor. Emotion Lord assumes Chris is getting curious about his powers and tells him that they can read upside down and their dancing skills improve. Chris questions about Beth and wants to know if the relationship goes any further then best friends, Emotion Lord only said that Chris can look into the future and find out for himself.

Emotion Lord rubs Chris' shoulders and tells him to empty his mind and to focus on the person or thing he loves more then anything world and fill up with that feeling and lose his business. He still sees nothing until Emotion Lord twists his neck and his eyes glow. He sees Plum as a monster and flashes of the Emotion Lord crying as well as flashes of Wallow. King Congletard is seen rocking back and forth, speaking backwards, saying, "This is a message playing backwards." Beth is kissing someone unknown (only a silhouette is shown). Wallow's left arm is missing and the Emotion Lord is in tears while and an Earth-like planet with a large crater (much like Earth in Adventure Time) appears in flashes. Chris screams and no longer sees the vision, the Emotion Lord says that it is starting and Wankershim begins screaming. Danny presses random buttons on the MV-12 assertive reactor they built, Beth moves Danny aside to work it herself, the machine begins calculating and after a pause, it reveals only text reading "It's always been Wankershim".

Wankershim grows too big and fades into a pink wave spreading across Mars. Everything in the surrounding area turns pink, including everyone in the park, a phenomenal experience and a sight to behold. Beth embraces the sensation, both Chris and the Emotion Lord stare at Beth and the Emotion Lord is crying. Chris questions what's wrong, the Emotion Lord says he misses Beth. Chris is concerned that something bad happens to Beth and perhaps she dies. The Emotion Lord has given Chris dangerous knowledge of the fore-future and may have created a temporal pair-of-socks. He looks down and sees a pair of tube socks, he puts them on saying "I can't not put these on!". Chris pleads for answers but Emotion Lord begins spinning wildly in the air and only shouts "It's always been Wankershim!" before disappearing into the void.

Beth walks over to Chris and asks if it is over and if they are one with Wankershim, Wallow asks if anyone else feels tender. Wankershim is apparently everywhere, Impossibear asks who wants soft tacos, Wallow and Danny run over to get tacos, Chris and Beth walk together. The Concierge writes in his book and backs into a door that appears out of nowhere. 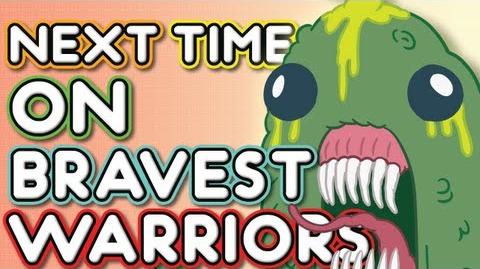 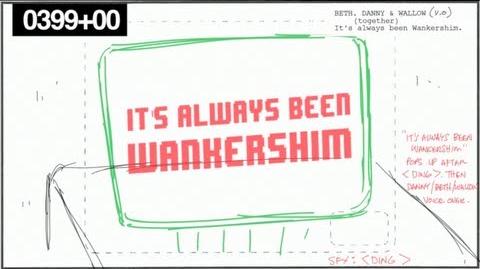 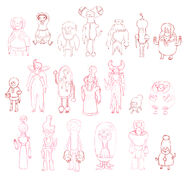 "I didn't think it was possible, but Wankershim has become an independent life form!"

"NeoMars Park has a new attraction: Wankershim! Two weeks ago this crazy critter was nothing more than a computer character in a video game!"

"He says he wants more carrots and bread crumbs!"

"What happens when he has to pee?"

"But why would--[exasperated breath] Dude please don't magically apply clothes to me."

"You're my friends now."

"Oh, somebody's getting curious about his powers! Well, we can read upside down, aaand our dancing skills improve quite nicely."

"Ahhh my arm is missing."

"Hi Wankershim! Are you going to go doodie?!"

"Anybody else feel kinda tender?"